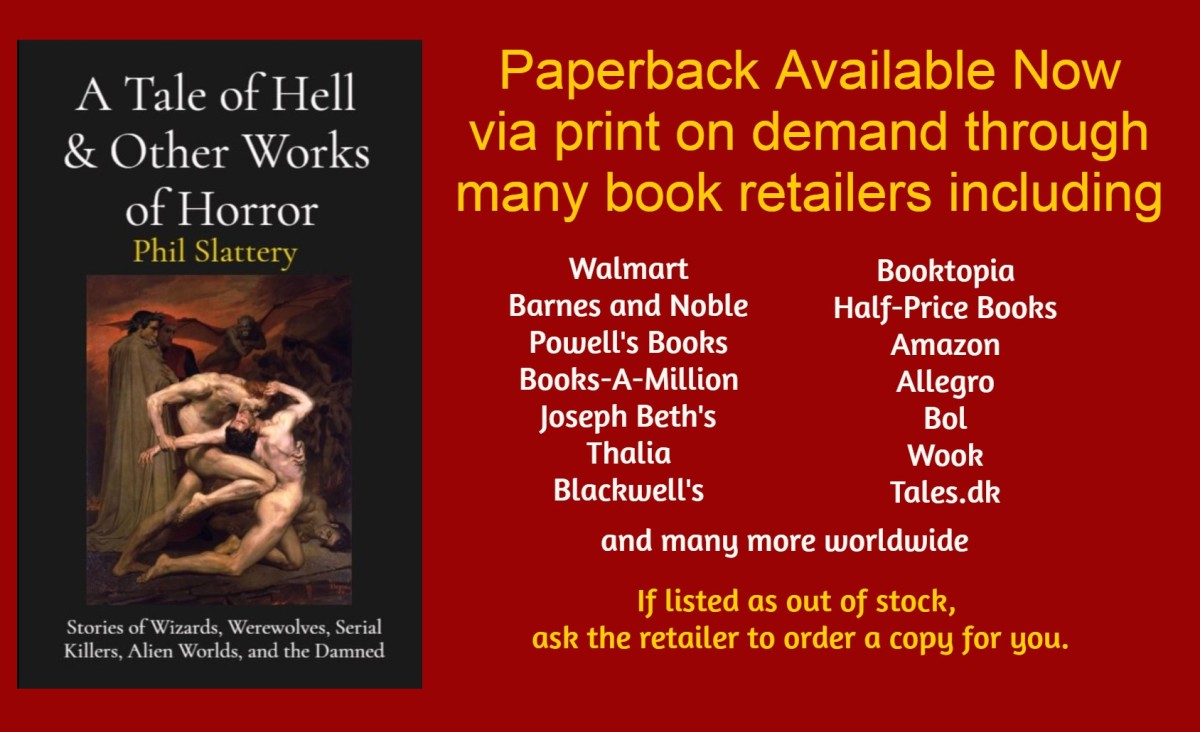 I am testing this to see how effective it might be if I used in marketing channels (keywords, links, etc.) other than the ones I have been using for it. 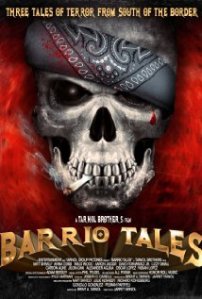 In Barrio Tales, two well-off American college students (perhaps recent college grads) head into the Mexican border town of Barrio one night to buy cheap drugs from a man named Pedro, whom they have never met.  While they wait in the desert,  a really creepy man comes up to their car and tells them he can take them to Pedro.    They head to a shack where they sit around a campfire and the stranger tells them three horrific stories of Mexicans in the U.S. while the students impatiently wait.   The stories are entitled “Maria”, “Uncle Tio’s Taco Truck”, and “El Monstruo” (The Monster).  The stories, while they can keep your attention, are not great horror.  Perhaps the best way to sum up the movie is as an above-average, low-intensity slasher flick.

“Maria” is the story of the vengeance wreaked by the grandmother of a beautiful young woman who comes to work in the US as a maid at a billionaire’s home.  While the billionaire and his wife are vacationing in the Turks and Caicos, their son comes home from his college graduation to find the new maid and the $15,000 his parents have left him for the summer.  He immediately calls three friends over, including one who is hiding his Mexican heritage from the others (this enables him to be the only one who can communicate decently with Maria). Another, the lead jerk, is hot for the maid and tries to seduce her with marijuana, which she refuses. Later that evening, the friends have some girls over for a pool party involving cocaine and other drugs.  When Maria cannot sleep and comes to the party in her house robe (I assume she is going to ask them to keep the noise down, though she never gets the chance to say why she came down),  the lead jerk tries to coerce her into taking off her clothes.  When she doesn’t comply, he playfully tosses her into the pool.  Unfortunately, she strikes her head on the side of the pool and dies.   The group panics and buries her body.  However, the girl had an apparently intensely mystical connection with her grandmother, who casts a spell that causes each boy to die an excruciatingly gruesome death.

Uncle Tio is a popular man with the teenagers and working people of his southern California neighborhood.  He runs a taco truck and serves delicious tacos, sometimes giving them away.  What makes his tacos so delicious is his secret ingredient:  neighborhood teenagers.  Can you see where this one is going already?

El Monstruo is a local legendary monster that kills illegal immigrants crossing the border.   In the reality of this story, El Monstruo turns out to be a particularly monstrous man and his family of serial killers, who lure groups of Mexicans crossing the border to their ranch, where they dispatch them with a variety of cruel means.  Unfortunately for the family, one of the latest group of victims escapes, who, unknown to the family, is the group’s “coyote” (the trafficker who leads the group across the border).  The coyote fetches his brother and a friend to exact vengeance on El Monstruo and his twisted offspring.

There is not a lot of suspense here.  This movie probably won’t keep you on the edge of your seat, but it is kind of entertaining.  The most interesting facet of the movie is that the cinematography is well done for something this low budget.  Although the movie was produced in 2012,  it has a gritty feel you find in early 70’s pulp horror,.  The characters are well-drawn and the college students are more three-dimensional and realistic than what you find in most slasher films where the actors are simply two-dimensional targets that speak empty-headed lines when they are not screaming in terror.  The acting was above-average and actually showed some degree of depth.

My main complaint about the film is just that the basic premise was just not imaginative.   The film probably would have been a lot better if the screenwriter, director, and producer had gotten together and done something to fire up their imaginations — like using some of the drugs they talk about in the movie.  The feeling I get from this movie is that the director and producer took care of the details, but somehow they missed maintaining a good line of suspense and let the film become all too predictable .

The director and producer also let at least two details slip.  Maria’s grandmother casts a spell to kill Maria’s murderers, yet earlier she insists to one that her grandmother is not a witch.   Meanwhile, the law apparently never gets wind of the accident and no one, even the parents, ever finds out in spite of the fact that there were several students at the party in addition to the four main malefactors.  Maybe I am being overly picayunish, but it just would have been a bit tighter story line if the director could have at least had someone mention that somebody’s parents had paid off a judge or tied up the case in court or something to cover that gap.  This is all I noticed.  It wouldn’t surprise me if there were several more.

Did you think I forgot about the two guys waiting in the desert for Pedro?  You can probably guess the outcome of their story.

The best time to see this film is late night on Netflix while having a few beers or during an attack of insomnia.   Were this still in theatres, I would say that it is worth the price of a matinee, but I wouldn’t spend any more than that.  Do go see it dollar movie night though,  especially if you have had a few drinks and need to sober up, just to see it on the big screen if for no other reason.